Are You Looking to Promote Your Restaurant Franchise? 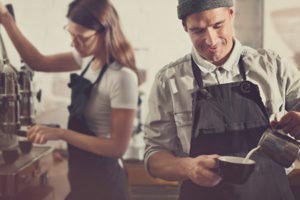 If you’re not already on Facebook and Twitter, you need to get on there as quickly as possible. Not only do the franchise owners provide you with a ton of content to promote your location, you also get to do it all practically for free. Start out by doing some ads so you can get some likes on your page, and from there the page will be shared and start to grow. It’s one of the easiest ways that you can drive a little bit of extra traffic to your business. This is also a great place for you to let potential customers know about new menu items.

Promoting your restaurant franchise is easy if you get a billboard. Just make sure that you put some directions to your restaurant available on it, and people will flock to your restaurant. Because tens of thousands of people drive past billboards per day, it’s one of the most popular ways that you can promote your business effectively without spending tens of thousands of dollars on television ads. Try a billboard to promote your specific location of the franchise, it’s one of the easiest ways that you can promote your location without spending a boatload of money.