While most people know what franchises are, few understand the ins and outs of the franchise opportunities presented by organizations like Burgerim. 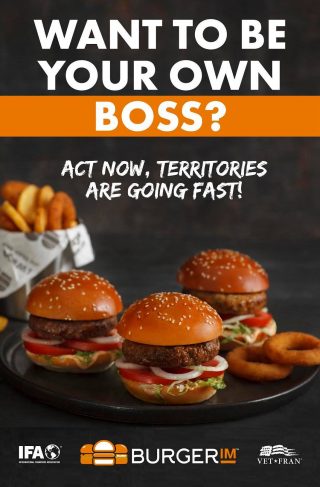 Getting Started with the Burgerim Franchise

The first step of franchise ownership is setting aside time to thoroughly investigate Burgerim and make sure it’s a good fit for you. Established just a few short years ago, the gourmet burger company quickly became popular. The instant popularity of Burgerim’s unique concept inspired them to rapidly expand throughout California and Texas.

The rapid expansion indicates that not only that consumers can’t get enough of Burgerim’s gourmet burgers, but that the organization already has a great deal of experience setting up new franchise owners in new locations and helping them become wildly successful.

While exploring Burgerim, it’s a good idea to visit a few of the existing locations which gives you a good feel for the way things operate. Don’t be afraid to talk to current franchise owners to get their perspective on being a part of the Burgerim franchise family.

Once you’re convinced that Burgerim is the franchise for you, it’s time to apply. Be honest on the application, double check your information before submitting the application, and then sit back and wait for Burgerim to get back to you. It usually doesn’t take long for the organization to look through the application and decide who will be a good fit.

Once Burgerim approves your franchise owner application, it’s time to delve into the financial aspects of franchise ownership. The exact size of your initial investment depends heavily on location, whether a building has to be constructed from scratch, contractor costs, and overall size of the facility. When you first become involved, you should expect your initial investment to include:

While the initial investment seems high, it’s worth noting that despite the size of the initial investment, business-minded individuals just like yourself continue taking advantage of Burgerim’s franchise opportunities. The reason so many people remain excited about the chance to become a part of a franchise like Burgerim is because there is an opportunity to make a solid return on your investment. In 2010, when the economy was still struggling to get back on its feet, 30% of franchise owners reported that they earned more than $150,000 annually.

The good news is that the Burgerim organization understands how big a risk-owners take when starting a new location. In a display of how much faith the organization has in their burgers, business model, and you, they provide financing options.

As your grand opening steadily approaches, you’ll delve into local promotion, dealing with suppliers, and putting together a staff that requires training. While all of this can seem scary, Burgerim does an excellent job working closely with you throughout this entire process and provides you with the training needed to make you grand opening and every other aspect of your location, successful.

next5 Things to Do Before Jumping at a 2019 Franchise Opportunity