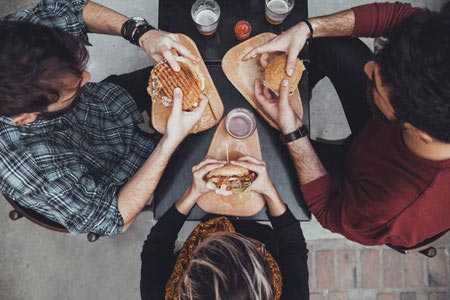 Do you want to invest in a brand that customers already love, and make money for yourself off of that brand? You need to invest in a restaurant franchise. Many people want to start restaurants, and more than half of them end up failing because they don’t have a proven concept. By investing in a brand that already exists, you’re completely skipping that step, which lets you skip right to making your location a success. Want to invest in your very own restaurant franchise? Here are a few benefits that franchise owners receive.

When you invest in a franchise that already exists, you know that people already love the product that you’re selling. For these people, they crave the specific food that you’re going to be selling. This means that you don’t have to prove to anyone that your food is good in order to get them into the door. This is a massive advantage over most other restaurants, as they normally don’t have a proven concept that people can immediately get behind. Most of the risk in starting a new business is wondering whether or not people are actually going to want what you have to offer. With a franchise you don’t have to wonder: the very fact that other locations for your business already exist is proof enough that there is a demand for the product that you’re offering.

If other franchise owners have already been successful selling the food that they do, what possible reason could there be that you can’t do the same? With a proven concept, people already want the final product, and others have already been successful doing the thing that you want to do. That means it should be much easier than starting a new branding concept which is both incredibly costly and could result in you ending up with nothing.

The franchise company that you’re buying into is the one that’s spending the millions of dollars to make sure that the brand succeeds as a whole. That means that you’re going to have all of the branding power you need behind you when you open your doors for the first time. The control that this gives you is great, because instead of focusing on national branding, you can do your own branding exercises including giveaways and grand opening deals. Because you have the marketing power already behind you, you can rest easy knowing that sales will come to you easily.

Get Your Very Own Restaurant Franchise

The life of owning a restaurant is both glamorous and fun. Sure, it’s going to take some work to make sure that your specific location succeeds, but you can also rest easy knowing that the product that you’re selling already has built-in demand, others have had proven success running the same type of business, and millions of dollars in branding are already built-in. When you buy a restaurant franchise, you have everything that you need to succeed as a small business owner.

next4 Interesting Burger Patties You Have to Try